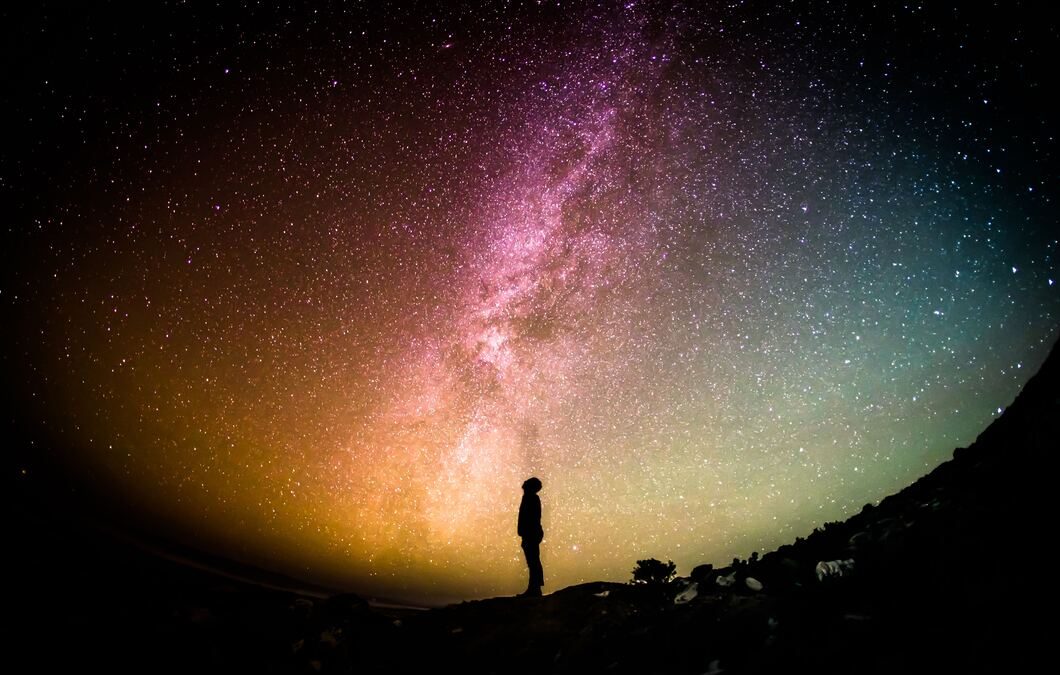 In this post we will look at a simple argument for God’s existence. Why do this? Because even though the Bible tells us God exists, many people we talk to don’t believe He does. And if we are to be biblical, we must follow the example of the Apostles. When people disagreed with them, they tried to meet them on common ground.

For example, when Paul shared the Gospel in Athens, he didn’t quote one Bible passage as he declared to them the Gospel. He explained God’s existence in terms they were already familiar with.

So what common ground is there between Christians and non-Christians? For starters, we both believe that the universe began to exist. And this simple observation, if looked at carefully, can help us understand that God exists?

Two clarifications. First, when people talk about an “argument” for God’s existence, they don’t mean that we should be arguing with people. We simply mean that there is evidence. And when you arrange that evidence into a logical order, we call that a logical argument. An example would be:

Second clarification: we understand that looking for evidence of God’s existence in nature makes some people uncomfortable. Yet the Bible does tell us that the evidence is there! So it’s only right to look for it. Look at these passages from Psalm 19:1 and Romans 1:20:

The heavens declare the glory of God, and the sky above proclaims his handiwork.

For His invisible attributes, namely, His eternal power and divine nature, have been clearly perceived, ever since the creation of the world, in the things that have been made. So they are without excuse.

So how do people know about God, according to Romans? At least partly: “in the things that have been made.” So we can look to the universe as a clue to learn more about God.

A Simple Argument for God’s Existence: The Beginning of Time

So when we look to the universe, we can see all kinds of evidence God exists. This argument tries to show that God exists by looking at the universe’s beginning to exist.

Notice that this is the same logical structure as the previous example argument. It might look a little complex, but my guess is that it intuitively makes a lot of sense. Putting them into these three steps just helps make the intuition a little clearer to understand.

So what do we do now? Basically, we just need to show that steps (1) and (2) above are true. Because an argument is only as good as its individual points. For example, if (2), which claims that the universe began to exist, turns out to be false, then the argument really doesn’t end up proving anything.

How do we know (2) is true? A number of ways. First off, it is scientific consensus that the universe began to exist. But if you want, we can get into some of the more detailed ways we know:
(A) The expansion of the universe implies the universe began at the big bang. As astronomers look out into the universe, they have noticed that it is expanding. It is literally getting bigger. Now imagine what would happen if you played the tape of the universe’s history in reverse. You would watch it shrink and shrink as you go back into the past. Eventually, it would go back to a definite point in the finite past where it all began. It can’t get infinitely small. It had to begin at some definite time.
(B) The second law of thermodynamics implies that the universe is not eternal. For this law states that the universe is running out of usable energy. And if we haven’t yet run out, it must mean that the universe hasn’t been here forever. If it was here forever, then we would have run out of usable energy.
(C) The philosophical notion of infinity makes no sense when applied to our universe. If something is infinite, then by definition it cannot get any bigger. So if the universe is infinite in age, then it literally cannot get any older. But time is clearly passing. In order to say the universe is infinitely old and never began to exist, you have to say that time is an illusion. But why would I think that? It’s much more reasonable to affirm that time does exist, and that the universe must have begun at some point.

You might be thinking: “Okay? So what? A beginning of the universe doesn’t mean God exists. It just means that something caused it.”
We can actually explain a little bit more. So the universe has a cause. Right? Good. Now what is the universe? It is all space, time, and matter. So if the universe had a cause, then the cause is presumably beyond space, beyond time, and beyond matter. It must also be powerful and intelligent to be able to make this world. Spaceless, timeless, immaterial, powerful, intelligent — that sounds like God to us!
Now, is this a complete description of God? No. But it’s still evidence for God. And it’s something you can appeal to in conversations with people. In our next post we’ll show what that can look like.