Definition of Faith: What Does the Bible Say? 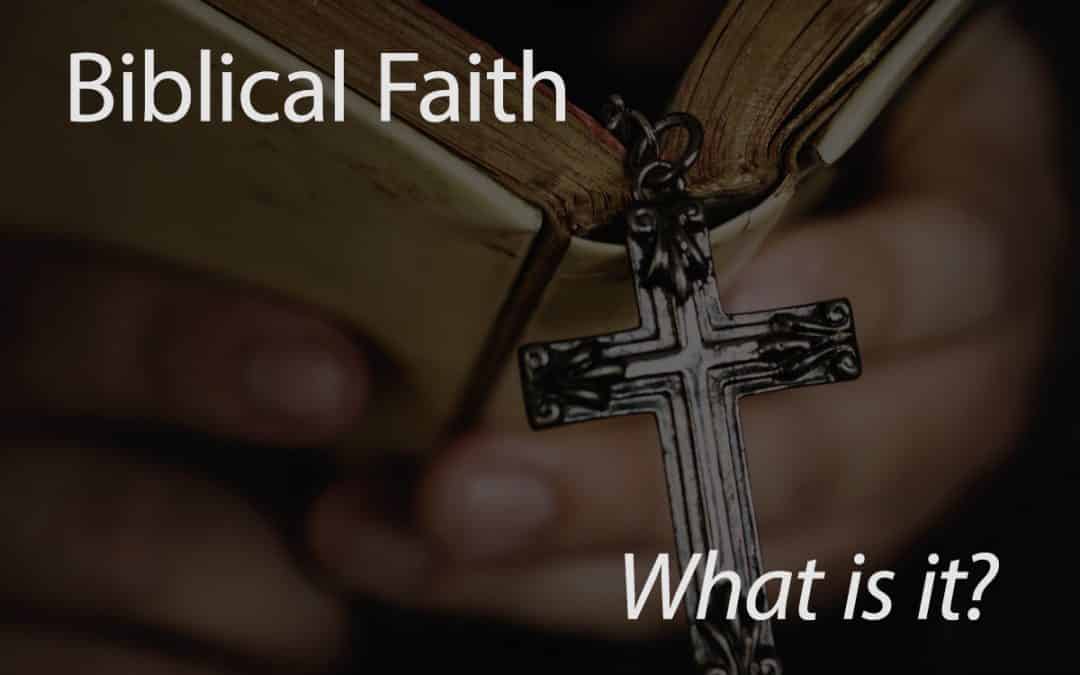 What Is the Definition of Faith?

“Now faith is the assurance of things hoped for, the conviction of things not seen” (Hebrews 11:1). Well, there it is! Faith is blind. Is this actually the Biblical definition of faith? Many in today’s culture and in the contemporary Church think so.

However, when using a theological or Biblical term, it is best to let the Bible have the final say on its meaning. The definition of faith is one of the most important definitions we will find in the Bible, for faith is how one receives God’s grace. As Paul writes in Ephesians 2:8-9, “For by grace you have been saved through faith. And this is not your own doing; it is the gift of God, not a result of works, so that no one may boast.”

Our common usage of the word faith is opposed to the true, Biblical definition. Faith is simply trust in an authority. So, whenever you see the word faith in the Bible, think of the word authority (meaning both a position of power and also being an expert on a given topic). As we will see in a moment, these two words often appear together in Scripture.

Now faith is the assurance of things hoped for, the conviction of things not seen. For by it the people of old received their commendation. By faith we understand that the universe was created by the word of God, so that what is seen was not made out of things that are visible. (Emphasis added.)

This passage says that we know that the universe was made by the word (or power) of God. How did the author of Hebrews know this? Did he perform scientific experiments to discover that God made the universe? No. Did he discover this through meditation or philosophy? No. He knew this truth because God told him and all the Jews at the very beginning of Genesis. So, as Hebrews says, he knew it “by faith.”

Faith is simply believing something on the authority of an expert.

Does this mean faith is blind? No! There is no greater expert on the creation of the universe than the Creator Himself. So if He tells you something about it, you can rest assured He knows. If God has actually spoken on something, then there is nothing more certain that you can believe. 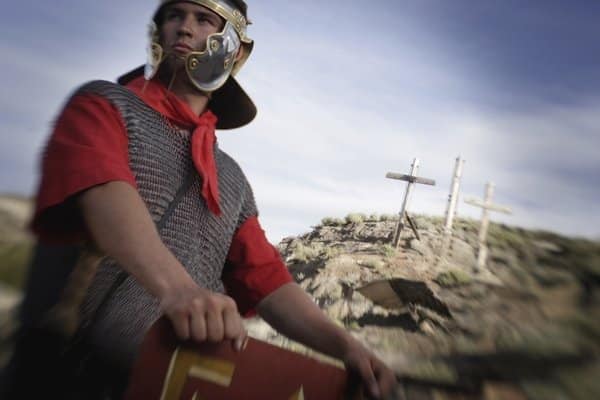 Faith based on authority from the story of Roman Centurion

Definition of Faith in the Ministry of Jesus

We claimed that faith is simply believing something on the authority of an expert. Is this what Jesus taught? Consider Matthew 8:5-13:

When he had entered Capernaum, a centurion came forward to him, appealing to him, “Lord, my servant is lying paralyzed at home, suffering terribly.” And he said to him, “I will come and heal him.”

But the centurion replied, “Lord, I am not worthy to have you come under my roof, but only say the word, and my servant will be healed. For I too am a man under authority, with soldiers under me. And I say to one, ‘Go,’ and he goes, and to another, ‘Come,’ and he comes, and to my servant, ‘Do this,’ and he does it.”

When Jesus heard this, he marveled and said to those who followed him, “Truly, I tell you, with no one in Israel have I found such faith. I tell you, many will come from east and west and recline at table with Abraham, Isaac, and Jacob in the kingdom of heaven, while the sons of the kingdom will be thrown into the outer darkness. In that place there will be weeping and gnashing of teeth.” And to the centurion Jesus said, “Go; let it be done for you as you have believed.” And the servant was healed at that very moment.

We can boil down the story to this:

So it seems that our definition holds true. The kind of faith that Jesus approves is one that trusts in the authority of an expert.

In Poor Richard’s Almanac for July 1758, Benjamin Franklin writes: “The Way to see by Faith, is to shut the Eye of Reason: The Morning Daylight appears plainer when you put out your Candle.” There are many Christians today who would agree: you can have reason, or faith, but not both – at least not at the same time. Likewise, skeptics are eager to pounce on this dichotomy: “Why do you think your personal, subjective faith should apply to anyone else? I know you think Jesus is the Savior of the world. But you just believe that’s true; it isn’t reasonable.”

But let’s think again about this. As Christians, Jesus is our Lord. In other words, He is our ultimate Authority. So here is the million dollar question:

Do we have any reason to consider Jesus our ultimate authority?

Why We Trust Jesus

Paul is very clear about why we should trust Jesus’ authority. Consider his preaching in Acts 17:30-31:

The times of ignorance God overlooked, but now he commands all people everywhere to repent, because he has fixed a day on which he will judge the world in righteousness by a man whom he has appointed; and of this he has given assurance to all by raising him from the dead.

Paul claims that God has appointed Jesus (“a man”) to be the judge of the world. How can we know this is true? Jesus is the one who will judge us after we die, because He is the only person who has ever triumphed over death.

Think about it: would you rather read a book on business by someone who has spent his whole life thinking about starting a business, or would you prefer the book by the guy who started fifteen successful businesses?

This invites one more question: how do we know Jesus rose from the dead? We will cover that question in a future blog post! Keep an eye on our resources page.