Evangelism Synonyms: 3 Other Ways to Think About Evangelism 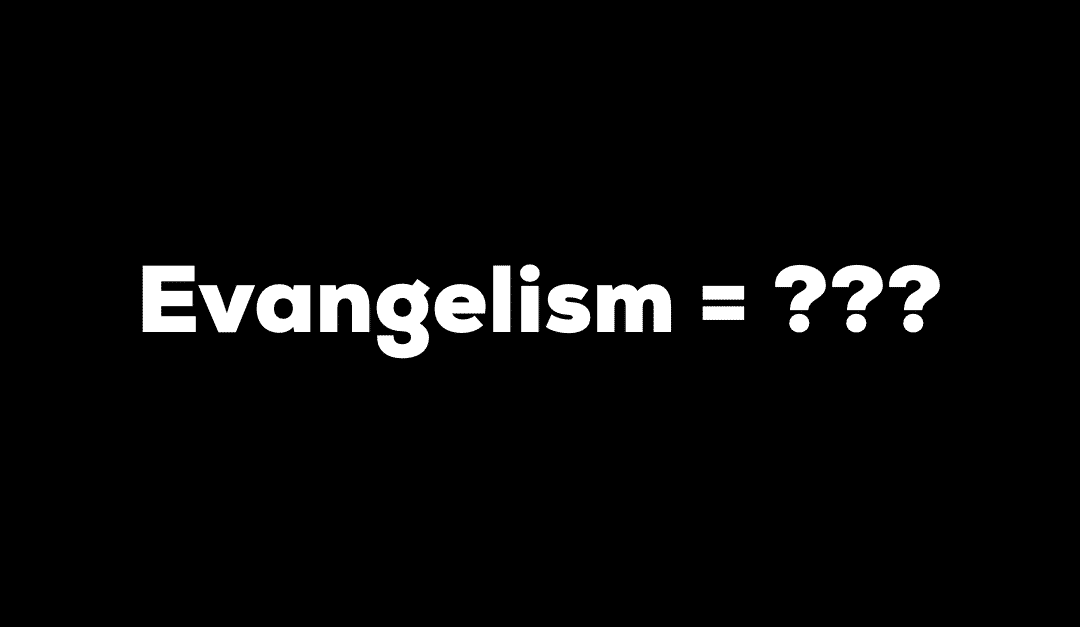 Evangelism Synonyms:
3 Other Ways to Think About Evangelism

Fun fact: every month, over 1000 people search Google for “evangelism synonyms.” For many people, the word “evangelism” has become so associated with certain methods of sharing the Gospel that they feel the need to look for new language to describe it.

Perhaps that’s where you are. When you hear the word, your mind is automatically filled with images of:

What are some other ways to think about evangelism? Let’s see if we can replace the above images with three “evangelism synonyms.”

Evangelism Synonym #1: Opening a Door for a Friend

Picture yourself walking up to a stranger’s house, knocking on the door, and trying to begin a Gospel conversation on the spot. See the door in your mind. Feel the tension in your chest. It sounds rather difficult, doesn’t it?

Now “see” yourself on the other side of the door. Instead of knocking on the door of a stranger, picture yourself opening the door. Instead of imagining a stranger, “hear” the sound of your friends knocking on your door. Doesn’t that feel much easier? In fact, it even sounds enjoyable! Many of your friends would be thrilled to receive an invitation to come over to your house!

Don’t assume that evangelism has to be with strangers. Instead, consider inviting friends over to your house or apartment. Eat a meal, watch a movie or game, and spend time with them. And as you do this, wait for natural opportunities to talk about the Gospel to emerge.

Do you feel like you don’t have friends who would come over? There’s probably someone you’re forgetting. But if you’re truly desperate, you could always take Matt’s advice and invite a Mormon to come over. (Listen to this podcast to hear more about how to do that.)

Evangelism Synonym #2: Being There for a Co-Worker

Pretend that you’re standing outside an office building in a busy city. You can “hear” the city noise, honking cars, and people talking on their phones. “See” the people leave the building, walking onto the busy city sidewalk, and hurrying toward their cars to get home. Imagine yourself standing between the building they’re leaving and their cars. You’re trying to get their attention so you can pass out a Gospel tract to them. It feels hard, doesn’t it? These people just want to get home, and they probably don’t have time for you.

Let’s get a new image. You’re not trying to interrupt busy people. Instead of seeing yourself outside the building, picture yourself on the inside, having a conversation with a co-worker. Jeff the accountant is telling you about how he’s not going to be able to make it to work tomorrow; he just learned that he most likely has cancer, and he has a doctor’s appointment tomorrow to confirm. He sits down in a chair in your office and puts his head in his hands. “I just feel so hopeless,” he says.

You think of many different ways you could respond. You pray a quick prayer for wisdom from God. Eventually you say “Jeff, I think I understand why you feel hopeless. Do you mind if I share with you what gives me hope in moments like this?” He nods his head, and you have the chance to begin explaining how Jesus came to conquer death. He died for our sins, and He rose from the dead. You explain that even though trusting Jesus doesn’t immediately remove our earthly hardships, He offers eternal hope of dwelling in a new heaven and a new earth in resurrected, cancer-free bodies.

Picture yourself at a street corner. You step up onto a small stool, you have your Bible clenched in your hands. You take a deep breath, ready to begin addressing the crowds. How do you feel? It’s probably not very natural, right? Who wants to go out and just assert their views to a crowd of people who probably don’t care?

Even when we don’t picture our evangelism as preaching on a street corner, many of us still think of it as a presentation. We do the talking, and they do the listening. Some people like that, but most of us don’t – we prefer dialogue, where two people talk about a topic together.

Instead of seeing yourself as preaching or presenting, imagine yourself having a conversation. Begin to associate evangelism with asking questions. For example, imagine a friend or family member telling you that they’re done with church. “I’m just too tired of the fairy tales,” they say. What an interesting comment! How should you address it? Many of us feel like the professional evangelist ought to be able to give a 30 minute presentation on the historical validity of Scripture. But what the true expert would do is simply ask: “What do you mean?” or “Which fairy tales?” or “When did you become tired of the fairy tales?” or “What is a fairy tale?” etc.

Don’t associate evangelism just with giving answers, even though that is a big part of it. Learn to associate it also with asking questions.

Just to clarify: none of the original associations are bad. There is nothing wrong with street preaching, door to door evangelism, or passing out tracts. Some of us at Engage 360 have done all three! We’re not actually trying to say those things shouldn’t be associated with evangelism. We’re just trying to widen what you associate with evangelism.

So what are some “evangelism synonyms”?

Listen to our latest podcast: “Evangelism for Introverts with Trish Anderson”