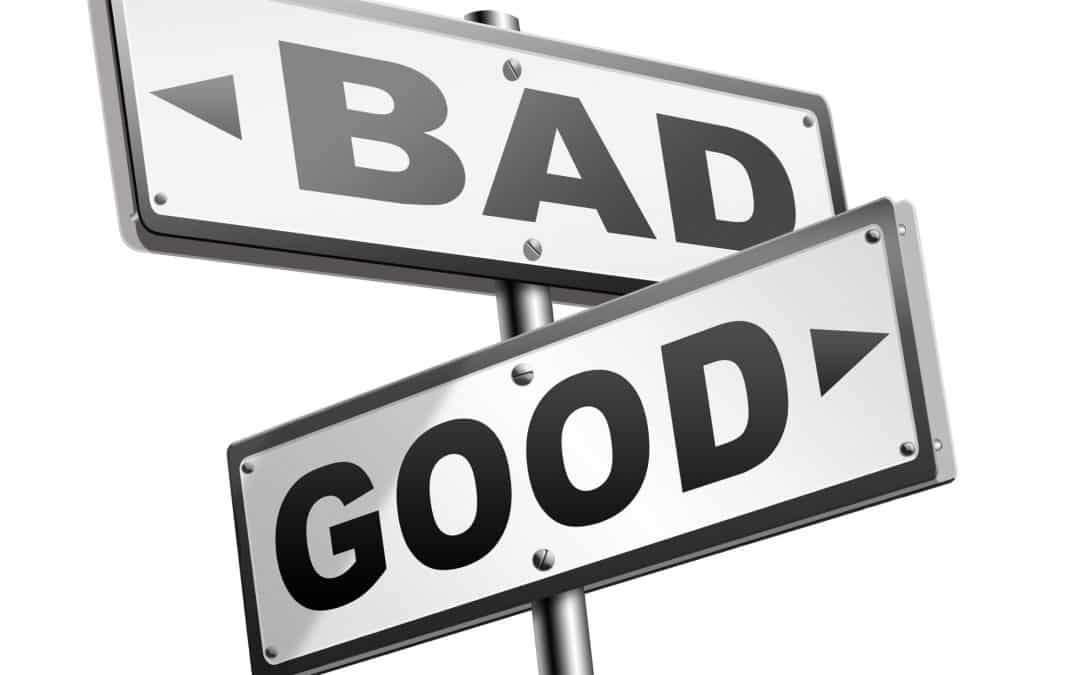 When it comes to evangelism, it’s important to be able to explain how we know God exists. The truth is that there are a lot of ways to know God exists. Many of us grew up believing in God, and it just makes sense. For others, the idea of God not existing is absurd, and so belief in God just seems right. For others, they have had strong spiritual experiences from the Holy Spirit that suggest God exists.

Yet there is another way how we know God exists: through arguments. Now, when we say “arguments,” we don’t mean to suggest that we’re trying to get into debates with people. An argument is just a way to organize ideas in a logical way.

And these arguments aren’t built out of thin air. They are a way to articulate ideas that often seem intuitive to us. For example, many people intuitively see a connection between these two sentences: “Some things are truly good or bad, right or wrong” and “God exists.” In some way, doesn’t it feel as if the first sentence (about things being right and wrong) supports the belief that God exists?

Well in today’s post we’re going to look at three different ways we could try to bridge the gap between “some things are good and bad” to “God exists.”

3 Arguments for How We Know God Exists

So this is one way to turn that intuition into a structured argument:

The second point (#2 in the argument) is obvious: there are certain things that truly are good and others that truly are bad. It is good to love one’s spouse; it is bad to drown kittens. It is good to help those who need help; it is bad to kick people who need help. It is wrong, at all times and in all places, to torture children for the fun of it (or for any other reason).

(Note: by “objective” I simply mean that they’re true regardless of what anybody thinks about the matter.)

Now let’s think about the first point of the argument. Is it true that such moral goods and evils only make sense if God exists? I think it is plausible. A lot of people have shared the intuition that if God does not exist, then nothing is actually good or bad — our sense for “good” and “bad” would lack an ultimate reference point without God as the Good.

However, even if an atheist cannot give an ultimate explanation of good and evil, I don’t think that he is irrational for believing in objective moral values while denying the existence of God. Sometimes we know something is true, even if we can’t explain how we know it’s true. So this argument is good, but not great in my opinion.

I personally think the next two forms of the argument are much stronger.

I subbed out the word “value” in the first argument for “obligation” in the second. What’s the difference between an obligation and a value?

We feel our obligations to perform (or not perform) some action when we feel “I must do this,” or “it is my duty to do this,” or “it would be wrong for me not to do this.” Nobody has a moral obligation to be a firefighter; it is a good thing, but not a required thing. Not murdering, however, is a universal obligation; it is evil, and we must not do it.

Imagine you’re at a restaurant. You open a fortune cookie. It says “Get up and leave the restaurant.” In that moment, do you feel like you must obey the fortune cookie? No. It might spook you out, but you don’t have any obligation to leave.

Now imagine that instead of the fortune cookie giving you an instruction, a child at a table across from you says, “Stand up and leave; you look scary.” Do you feel a moral obligation in this instance to get up and leave? No, of course not. You might do it because you feel bad for the kid and don’t want to scare him. But you really have no obligation.

Now imagine that instead of a cookie or a child, a large, angry man approaches you and says “Listen here, punk: if you don’t get up and leave, I’m going to make you wish you were never born.” What about now? You still have absolutely no moral obligation to leave. You might leave out of interest for self-preservation. But it wouldn’t be wrong to stay. You don’t have to leave because he was mad. His words have placed a threat on you, not an obligation.

Now, lastly, imagine that an FBI agent taps you on the shoulder, shows his badge, and says “Hey, this is going to get crazy in here. I need you to leave the premises immediately. Don’t worry about paying.” Now do you have an obligation to leave? Yes. Why? Because (and this is key): a person in appropriate authority issued a command. The other examples were commands as well, but they didn’t come from a person in appropriate authority.

The Point of the Story

So back to God: the reason why our experience of moral obligation makes more sense on theism than atheism is this: if God didn’t exist, there would be no person of appropriate authority behind our felt sense of moral obligation. We would know “Yes, loving my neighbor is good, but why should I have to do it?” On atheism, the Good is a mere abstraction. It is only on theism that the Good is also the Right.

Let’s look at one more version of the argument.

My argument against God was that the universe seemed so cruel and unjust. But how had I got this idea of just and unjust? A man does not call a line crooked unless he has some idea of a straight line. What was I comparing this universe with when I called it unjust?

(Click here to read more about C. S. Lewis and the Problem of Evil.)

We look at these and we just know: something is off. Something is broken. We’ve gone astray. This isn’t how it should be. And there’s the rub. We know there’s a way that things should be. We know that the world is supposed to be better than this.

Animals don’t have that sense. Animals getting torn to shreds by other animals don’t stop and think “A much better world ought exist than this one.” They feel the pain; they suffer; but they don’t question the suffering. We question our sufferings. We can’t make sense of our suffering. We know it ought to be another way, the way God intended.

So if evil is going to have this full sense of outrage, then God must exist. Because on atheism, there is no way things “should be,” only the way things are.