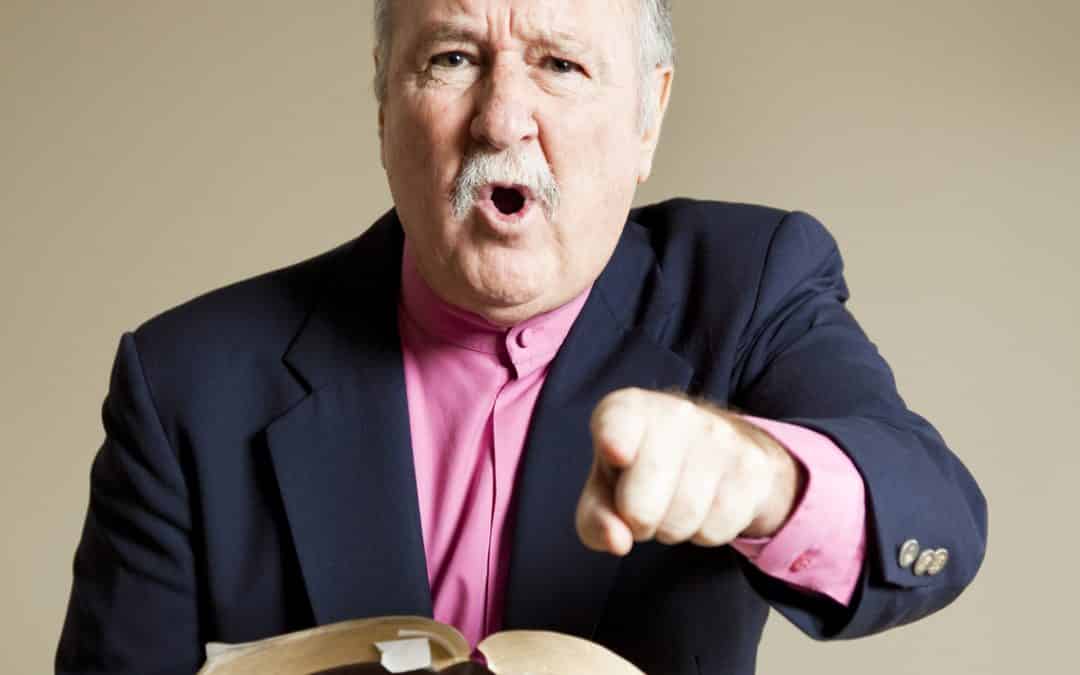 Even though we know that evangelism is commanded in Scripture, we often find ourselves wondering: is evangelism judgmental? As Christians, we know that sharing the Good News of Jesus with others is something we are commanded to do. Indeed, it is something we should want to do after the great love and mercy He has shown to us (Ephesians 2:4-5). Many of us find that despite this knowledge, and maybe even desire, we fail to share Christ with others. What are some reasons for this? I think one of them has to do with a background assumption of our culture that has influenced many believers.

This is the idea that there is something inherently “judgmental” about speaking to someone else about Jesus. To be more precise, it is not simply speaking to someone else about Christ, but the specific effort to persuade them to follow Him. Now, it is important to remember that this effort to persuade someone to trust Christ and follow Him is at the heart of evangelism. We are not merely sharing information with a non-Christian.

Surely as Christians we should see evangelism as an act of love for those living without Christ. We are pointing them to Jesus, who can cleanse them of their sins and give them new life.

Is Evangelism Judgmental? Why Some Say So

But we must ask, why is this effort to persuade seen as judgmental? I believe this act of persuasion is seen as judgmental because the implication is that the non-Christian is putting their hope in something false. The effort to persuade assumes that there is objective truth in matters of religion. To say or imply that someone else’s religious viewpoint is false is automatically viewed as condemning.

I had a conversation recently which serves as a small example. I was speaking with some Christians at a park who explained their beliefs to me. After this, I asked them if they thought their beliefs were true and they unhesitatingly answered yes. I then asked how they would speak to someone who held to completely different religious beliefs such as a Muslim or Hindu. In response they answered that they would “have no judgment” for anyone of another belief system.

Now, this kind of dialogue has been common when asking people how they talk to others who believe differently than they do in matters of God. At the time, it wasn’t clear what these Christians meant by “no judgment” in talking with others about their religion (our conversation ended before this could be clarified). However, it was an indicator to me of how many feel in the church about evangelism.

If merely sharing Christ with someone from another viewpoint is considered judgmental, how many Christians are going to share their faith? Not many.

Is Evangelism Judgmental? No!

I believe this characterization of evangelism as judgmental is simply not true and it hinders the church’s witness. To be “judgmental” in our culture today is to look down upon others; it is an act of condemnation. However, it is not at all clear that evangelism in and of itself is judgmental in this sense.

We are called to share Jesus with those who do not know Him. This is an act of love and we trust God with the results. It is His work. Certainly there have been many who do not practice sharing the Gospel in this way. They do not show love to the people with whom they speak, but rather are condemning towards them. This is not the way of Christ in evangelism. Jesus never compromised on truth, but He always spoke with love.

Is the Gospel Offensive?

The Gospel message contains its own offense to those who are too proud to admit their sin and need for God’s grace.

If sharing this is seen as judgmental by others, then the judgment lies with God.

He has the right and authority to make judgments about those He has created. Within His judgment on humanity as a fallen race, He provides mercy and forgiveness through His Son. We are messengers of the truth He has revealed about our own fallen condition and need for mercy.

The Goodness of Making Judgments

We also need to keep two additional things in mind when it comes to being judgmental. First, every person, no matter what they believe, should care about what is true. Second, everyone makes judgments when it comes to religious belief.

Truth is important in matters of religious belief just as it is important everywhere else. People do not see a doctor’s efforts to persuade them to take a certain medication as a negative thing. Why? Because it concerns their health. If the medication works to improve their health, they see that it matters whether or not they take it. In the same way, evangelism as the effort to persuade someone to trust Christ concerns the truthfulness of their fallen condition and need for a Savior.

It is also important to see that everybody is making judgments in the arena of religious beliefs. Even the person who sees a Christian’s act of sharing Christ with them as judgmental has just made their own judgment of the Christian. So, if we mean by “judgmental” that people make determinations about what they think is true, then everyone is doing this. If by “judgmental” we mean a condemning attitude towards others, this is not what evangelism is all about.

Believers should not pay attention to the empty charge that sharing Christ with others is somehow judgmental or condemning. Let’s focus on having genuine conversations with non-Christians about Jesus, meeting them where they are at, and listening to what they believe. Only in this way can we share the hope and love of Jesus with them.

This article was written by Parks Edwards. Thank you, Parks!