When Kids Question Their Faith: How to Respond 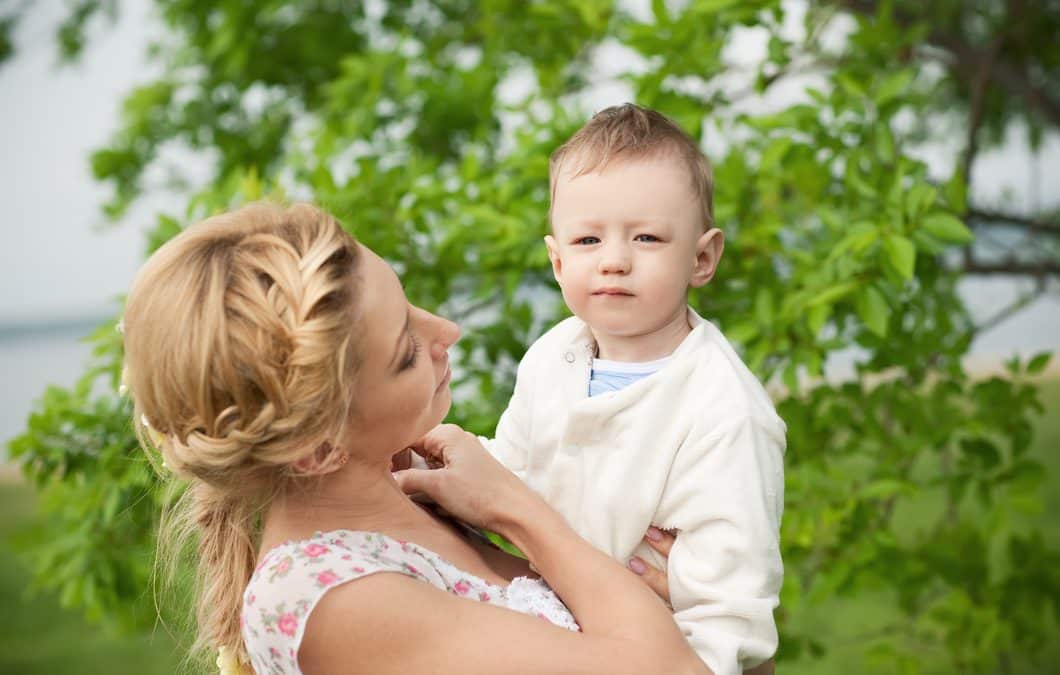 When Kids Question Their Faith

“Mom, why can’t Buddhism be true?” How do you respond when your child questions his faith?

Your pulse races at these words. You feel so much at stake. “How could your child be questioning Christianity? Is he going apostate? Will Johnny shave his head and buy an orange robe? Will he be lost eternally?” Thoughts like these can paralyze us. If we had the same question from a coworker or a peer, we would smile sagely and offer some winsome comments to help them arrive at the truth of the matter. But when it is your own son or daughter, you might be a mess.

In the intensity of your emotions, you might come in with a missile-strike type of response. “We’re Christians. We don’t believe in that.” “You just have to take it by faith.” Or worse, “Good boys don’t ask those questions.”

Please don’t do that.

Why You Shouldn’t Shut Down Conversations

Here is what that communicates to a young person:

When kids question their faith, these messages are very dangerous. Don’t believe me? Consider Dan’s testimony.

I was raised Episcopalian, and I was very religious as a kid. Then, in eighth or ninth grade, I studied astronomy, cosmology, and the origins of the universe. I remember saying to a minister, “I don’t get it. I read a book that said there was an explosion known as the Big Bang, but here it says God created heaven and Earth and the animals in seven days. Which is right?” Unfortunately, the response I got was, “Nice boys don’t ask that question.” A light went off, and I said, “The Bible doesn’t make sense. Science makes much more sense to me.” And I just gravitated away from religion.[1]

Dan Brown, author of The Da Vinci Code, says that he did come back to religion eventually because of some of the signposts that point to something beyond this world. But the religion that he espouses is far from Christian, and his writings have done much to perpetuate misinformation and debunked theories about Jesus. This is not an exciting ending to the story. This is a very bad-ending story that began with a young man and a question. The response he received was to stop thinking. Dan’s simple questions hardened into doubts and turned into life-long skepticism. Unfortunately, this happens frequently.

There is no excuse for what happened. There are answers. In all fairness to this minister, he may not have realized how serious the question was. Or he may have struggled with the very question himself and had no answer. It happened, and it shouldn’t have happened.

Here’s the good news: it doesn’t ever have to happen to you. We are confident of better things for you. Here are three tips to help you along the way.

Three Tips for When Kids Question Their Faith

First, when you are faced with a faith question, give thanks! Thank God for the opportunity to commend Jesus. But also thank the questioner for asking such an important question. Don’t let yourself freak out. This is an amazing opportunity. You can strengthen their faith, boost their confidence, and set them on a trajectory for maturity.

Your perspective is huge. If you see this as teaching opportunity, it will more likely become one than if you don’t. If little Johnny asks you the question above, you can teach him not just how to think about Buddhism, but how to think about religious claims in general.

Second, ask questions for clarification. Too often we talk past each other because we think we know what is being asked. I remember hearing the story of a 5-year-old daughter, at the dinner table, who asked her father if the difference between boys and girls is “up here and down there?” pointing to her upper body and her lap. Dad choked and mumbled, “Ask your mother.”

Mother wisely asked the girl to explain. The daughter rephrased the question: “Do boys put their napkins under their chins and girls put their napkins on their laps?” She was just beginning to make connections and see differences. I’m sure dad was happy he hadn’t blazed into a premature conversation! In like manner, it is good to clarify what is being asked. Then your answers are more likely to be helpful.

Third, it’s okay to not have an answer, but it’s not okay to not engage. Do some research or reach out to a friend for help. You can even invite them to join you on the quest for the answer. Just make sure you set a time for following up, or else busyness will get in the way.

Example of How to Address Your Child’s Questions

Tying it all together, when your kids question their faith, your conversation could look something like this:

You: Johnny, that’s a great question! This could be very interesting. What do you mean by that?

Johnny: I was just thinking that over in Asia a lot of people are Buddhists. Can that be true for them and Christianity true for us?

You: Well, Johnny, some forms of Buddhism say there is no God. Christianity says there is a God. Can there be a God and not be a God, at the same time and in the same sense?

You: That means that either Christianity is correct regarding the existence of God, or Buddhism is correct. But both can’t be correct. If one of these describes reality correctly, the other must be incorrect when it contradicts. Do you see what I mean?

Johnny: I think so.

You: You keep thinking, Johnny. I loved that question. Perhaps, I can ask you a question. Have you ever wondered how we know if Christianity is true?

The beauty of simple engagement like this is that not only do you answer Johnny’s immediate question about Buddhism, but you also teach him how to think about truth claims, religious or otherwise. By appealing to the Law of Non-contradiction, you made the answer obvious to Johnny’s mind and gave him a tool to use for future questions. If we know Christianity is true (and not just assume that it’s true), then we know that whatever is contrary to Christianity must be false.

There’s more to be said but I hope this leads to an exciting conversation for you, as you lean into those teachable moments. I am confident you will have great encounters. Go for it.

Example #2 of How to Address Your Child’s Questions

What if you aren’t able to remember the above example when your child questions his faith? We all have moments of not knowing how to respond. Consider responding this way:

You: To be honest, Johnny, I have never thought of that before. I want to give you the answer your question deserves, so let me think about it and get back to you at dinner on Sunday.

This is where we can help you. If you are in a conversation, or have questions of your own, we are excited to interact with you via email. We’ve heard a lot of questions and have had much interaction with objections. We’re in this together.