Prophecy of the Jews: 3 Remarkable Predictions 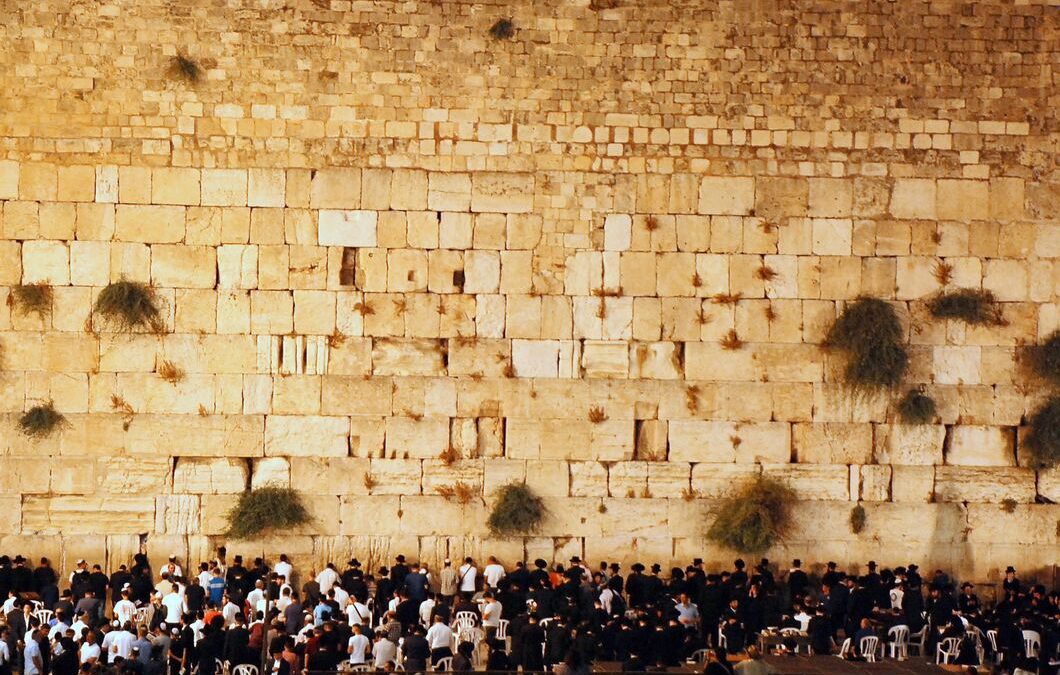 Prophecy of the Jews: 3 Remarkable Predictions

In a previous post we discussed how the history of the Gentiles is evidence for Christianity; in this post we want to look at how the prophecy of the Jews is evidence as well.

This post is almost entirely dependent on Samuel H. Kellogg’s chapter in the book The Evidence of Prophecy. He begins by pointing out that the Jews are a remarkable people even apart from the prophecies. They are ancient. They’ve been around for 3500 years. All the other civilizations from those times have died out. Plus, they’ve been under others’ control for ¾ of their existence. They’ve survived persecution under Romans in the first and second centuries, Persians in the sixth century, Crusaders in the twelfth, Ferdinand and Isabella (Spain) in the fifteenth, and Russia and Germany just last century. Yet, they’re still here!
He adds:

Among all the nations of the earth, the Jews alone have had their history written in advance. There is hardly a notable feature in their entire history, however improbable, that is not predicted with such detail in the Bible that it needs no correction, in spite of the large fraction of Israel’s history which has occurred since the Bible was written.
This statement, by the way, is not particularly affected by any objections which liberal critics have raised about the date and authorship of the books which contain this prophetic history. Whether Deuteronomy, for instance, was written in the time of Moses or Josiah, it still contains an impressive summary of the most characteristic and exceptional events in Jewish history from then till now.

He then mentions three specific features of their history which have been pre-written:

Prophecy of the Jews: Pre-Written Suffering

“If you do not carefully follow all the words of this law… and do not revere this glorious and awesome name – the LORD your God – the LORD will send fearful plagues on you and your descendants, harsh and prolonged disasters, and severe and lingering illnesses” (Deut 28:58-59).
History, indeed, testifies that the ancient prophets accurately described the experience of the Jewish nation. Their ‘disasters’ were to be ‘harsh and prolonged.’ To date they have already continued for more than two thousand years. During this period, in one place or another, these words have been true of the Jewish people as of no other. Under pagan Rome, their lot was hard; under Christian Rome it became harder still. Constantine, as soon as he came to power, began to take action against the Jews. They soon became, for all practical purposes, an outlawed people. Justinian, whose code came to form the basis for civil law throughout Europe, expressly excluded the Jews from the protections of his code.
From then on, with local and temporary exceptions, the Jews became more and more the objects of the most irrational and pitiless hatred ever directed against any people.
Such was the history of the Jews from the destruction of Jerusalem down to about 1800. With the rise of secularism, it looked for a while as though they would at last be treated as equals. Yet again and again, with the rise of Naziism, Communist antisemitism, and Islamic opposition to the state of Israel, the same phenomena of Jewish mistreatment have continued to recur.
Could event correspond to prediction any more precisely than the history of the Jews has so far? ‘The LORD will send… harsh and prolonged disasters… you will have nothing but cruel oppression all your days’ (Deut 28:59, 33). How true it has proved!

All it would take for this prophecy to be disconfirmed would be for the Jews to enjoy a relatively peaceful existence. Instead, they have indeed suffered more intensely and longer than any other people in the world. It is horribly sad, yet remarkably a fulfillment of prophecy.
Note: we do not believe that this suffering is all due to God’s direct punishment for rejecting Christ. This is what many Christians have taught throughout history. Yet the prophecies merely mention that they will suffer; they don’t say that all of the suffering is due to specific sins.

Pre-Written Scattering of the Jews

As the final result of all these calamities, it was predicted that the Jews would be taken from their own land and scattered into all the nations of the world. This threat is repeated again and again, with great emphasis. And such a scattering, please note, is hardly a necessary result of foreign domination. The Romans, for instance, to whom the last and most extensive scattering of the Jews is due, conquered many nations; generally they allowed these nations to remain in their own land if they would submit to Rome. But the biblical predictions of foreign conquest regularly indicate that Israel will not be allowed even this poor consolation.
Instead they would be scattered among the nations and many would be sold into slavery: ‘The LORD will cause you to be defeated before your enemies. You will come at them from one direction but flee from them in seven, and you will become a thing of horror to all the kingdoms on earth… You will be uprooted from the land you are entering to possess. Then the LORD will scatter you among all nations, from one end of the earth to the other’ (Deut 28:25, 63-64). “Your sons and daughters will be given to another nation, and you will wear out your eyes watching for them day after day, powerless to lift a hand… You will have sons and daughters but you will not keep them, because they will go into captivity” (Deut 28:32, 41).

Prophecy of the Jews: Pre-Written Politics and Religion

Hosea 3:4 says “For the children of Israel shall dwell many days without king or prince, without sacrifice or pillar, without ephod or household gods.” Take a second and think about how Israel is described in the historical books (Samuel, Kings, Chronicles): it describes their kings, and the central question is whether they will worship God properly or if they will turn to idols.
Kellogg comments:

“Hosea adds a remarkable prediction that, while Israel would be cured at last of idolatry, they would yet remain a long time without the particular religious practices God gave them at Sinai: ‘For the Israelites will live many days without king or prince, without sacrifice or sacred stones, without ephod or idol’ (Hos 3:4). No words could more succinctly describe the condition of Israel during this long period without a king. From the days of the return from Babylonian exile to the present, they have been without the idolatry and sacred stones which had proved such a temptation while they lived with the Canaanites in Palestine. The judgment of Babylonian exile pretty well ended idolatry among the Jews.
But, in addition, it is also true that, since the first century AD, they have had neither the ephod (one of the priestly garments) nor sacrifice. Thus the ancient sacrificial ritual, commanded by God at Sinai as the central part of Jewish worship, has ceased, just as Hosea predicted. For nearly two thousand years, the Jews have been without their Sinai religion, yet without idolatry! Could any more striking characterization of Israel’s history be made?”

This is amazing! What a shocking prophecy, that the Jews would not have (1) a king, (2) their true religious practices, or (3) idolatrous practices! Nobody would have ever guessed these things back in Hosea’s time!

Kellogg notes a humorous story, which is a fitting end to this post:

Frederick the Great once asked a Christian clergyman to give him a brief and conclusive argument for the truth of Christianity. The minister promptly responded, “The Jews, your majesty!” The world, with all its claim to sophistication, has not yet outgrown that argument, though it has frequently neglected it. We suggest that the argument is, if anything, of greater force today than ever before.