Sharing Your Faith with an Atheist 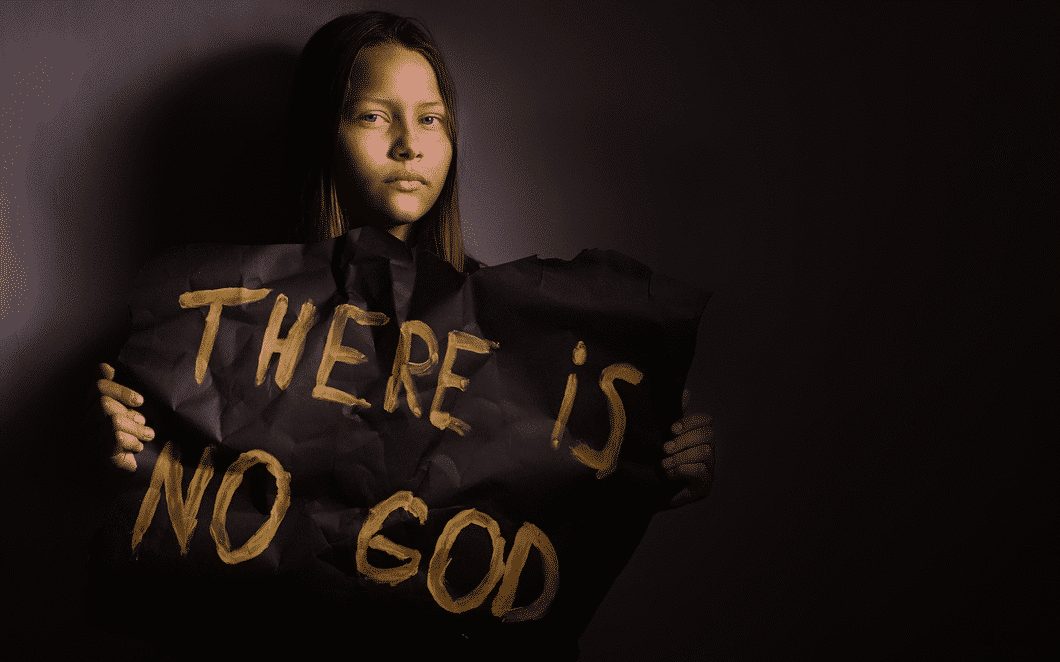 Sharing Your Faith with an Atheist

At some point in your evangelism efforts, you will talk to an atheist. An important step in sharing your faith with an atheist is to understand the worldview of atheists. Further, as with anyone we meet no matter their personal view, we need to try take time to ask questions to better understand who they are and the events that have shaped them. Do they have a religious background? If so, what was it like? Was it good, bad, or in between? How has their religious experiences impacted them? These are all important questions that are important to help us know and care for that person as an individual. If you find the individual is an atheist, then we can bring in our understanding of how their atheistic view impacts the way they look at the world to move them closer to understanding God and the Gospel.

Imagine: What if Atheism Were True?

Imagine, along with John Lennon, that there is no God. Imagine that we are cosmic accidents who are doing our best to survive in our little corner of the universe. In such a world, there is no Word of God. There is no people of God. And there is no hope of living with God in the afterlife. Rather, the human race lives on a speck of dust in a vast universe for a barely perceptible blip of time. We laugh, we love, we fight, we grow, and then we die. And that’s it.

On this view, those who claim that God has spoken are wrong. The Bible is really just a collection of stories from the bronze and iron ages. It’s a product of a primitive and tribal men vying for power, notoriety, and resources. Those who believe that it is from God are deluded, uneducated, and likely have some kind of ideological axe to grind.

Naturally, if there is no God, there is no hope of heaven. This life is all we have, and people who think otherwise waste our time with myths, fairy tales, and legends. If they want to believe that nonsense, they can. But they shouldn’t impose any of their beliefs on others. And they certainly shouldn’t be influencing political affairs!

Sharing Your Faith with an Atheist: Can We Use the Bible?

It might be tempting to attempt to prove God exists by pointing to Bible passages that speak of Him. However, if someone doesn’t believe in God, they don’t usually accept the Bible as being true. Your appeal to Scripture as proof the existence of God, even if well-intended, will end up being largely irrelevant to the skeptic. This does not mean the Bible is not ultimately authoritative but an atheist will not hold it as authoritative (perhaps this is why the Apostle Paul did not appeal to scripture with the philosophers on Mars Hill in Acts 17). Further, even if they reject the authority of Scripture, it may be helpful to summarize aspects of what the Bible teaches that can correct unhealthy baggage they carry from their religious experience (ie: hyper legalism, Christian hypocrisy, or abuse within churches) or show how the message of Christianity meets a felt need that individual has (ie: a sense of justice, longing, or despair over the brokenness of the world).

In the case of an atheist who denies the authority of Scripture it may also be helpful for us to give arguments (reasons) for God’s existence that don’t rely on Scripture but do affirm some of the basic truths of Scripture. Fortunately, our Christian heritage has provided a good number of arguments we can give in support of our belief in God. There are all sorts of arguments along these lines, so if you don’t like one or don’t find it persuasive, you can look at other arguments. The arguments don’t necessarily get you the God of the Bible, but taken together they start to build a picture of a Being that looks a lot like God.

Sharing Your Faith with an Atheist: Types of Arguments

Many of the arguments for God’s existence start from our knowledge of nature and then reason back to God as the Cause or Explanation of what we see in nature. You might have heard comments like “Evolution can’t explain the existence of life, there must have been a God who created us” or “There is too much beauty in the world for there to not be a God.” These popular kinds of claims tap into some of the fundamental intuitions that act as the basis for more rigorous arguments for God’s existence.

One argument, called the cosmological argument, seeks to show that there has to be a prime mover to account for why something exists rather than nothing. Different forms of the argument argue the point differently, but in general cosmological arguments seek to show logically that there must have been a First Cause of the universe, otherwise there wouldn’t be a universe now.

Yet another argument starts with the fine tuning of our universe. Scientists are aware of certain constants inherent in the basic structure or our universe. Each of these constants could have been other than what they are. So the question becomes, why are these constants set the way they are? There are many of these constants and they all need to be dialed in to a very specific value. If they were different, even by a little bit, then the universe as we know it would not exist. This argument seeks to show that God is the author behind the design of the universe.

God of the Gaps?

One typical response to these arguments goes something like this:

This response accuses Christians of committing a “God of the gaps” argument. And that amounts to saying “Something must have caused this thing, I don’t know what it is that caused it, therefore there must be a God that caused it.”

But none of these arguments, properly formed, commit this “God of the gaps” fallacy. They reason from what we do know, not from what we don’t know. The most important thing is don’t be afraid to engage with an atheist. Ask questions, present reasons as best you can, know resources or friends to point them to, and remember that saying, “I don’t know, that is a good question,” can be very powerful. Follow it up by saying, “Let me know look into that and let’s get together next week, i’ll buy you lunch.”

This is obviously just an introduction to these three arguments. In the future we will look into these arguments in a bit more detail. Keep an eye out on our resources page for more information on sharing your faith with an atheist!