The Destruction of Tyre (Fulfilled Prophecy) 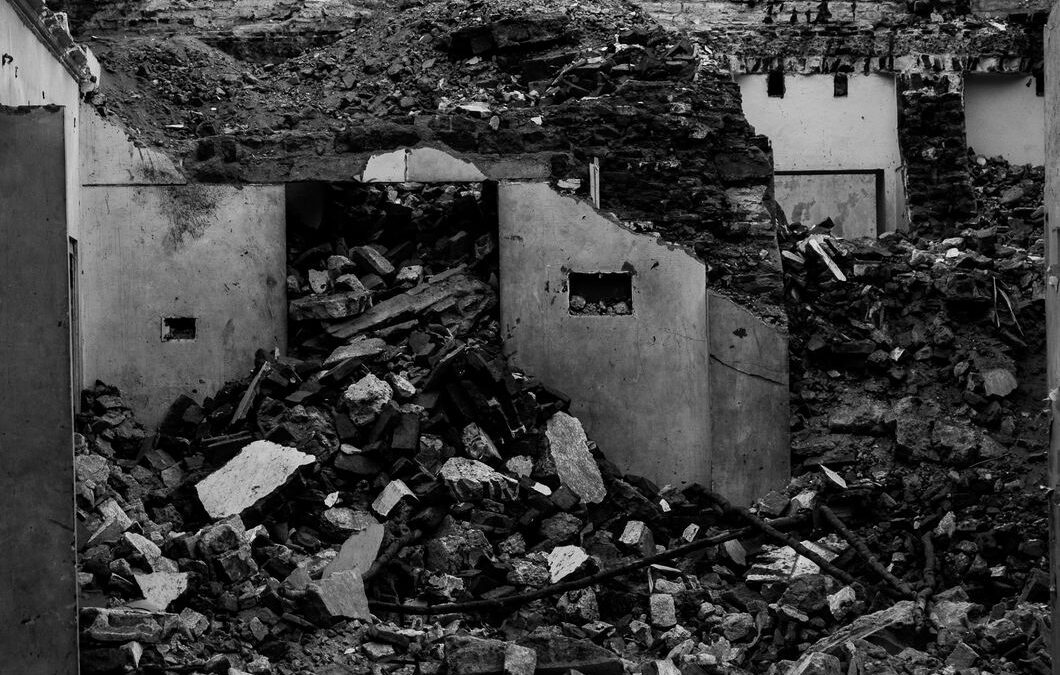 The Destruction of Tyre (Fulfilled Prophecy)

In our previous two posts, we saw how the history of the Jews and Gentiles are evidence of fulfilled prophecy; in this post we look at how the destruction of Tyre is fulfillment of prophecy.

This post has three parts to it. We’re going to (1) look at Ezekiel’s prophecy, (2) look at Tyre, and then (3) look back at Ezekiel. We will end by double checking that Ezekiel did in fact prophesy before these events took place.

The Destruction of Tyre Prophesied in Ezekiel

Son of man, because Tyre said concerning Jerusalem, ‘Aha, the gate of the peoples is broken; it has swung open to me. I shall be replenished, now that she is laid waste,’ therefore thus says the Lord God: Behold, I am against you, O Tyre, and will bring up many nations against you, as the sea brings up its waves … They will plunder your riches and loot your merchandise. They will break down your walls and destroy your pleasant houses. Your stones and timber and soil they will cast into the midst of the waters (verses 2-3, 12).

Notice this odd statement: “Your stones and timber and soil they will cast into the midst of the waters.”

Everything up until then isn’t that strange. Of course, when people conquer a city, they will “plunder your riches and loot your merchandise.” That doesn’t take great insight to foretell. But what in the world does Ezekiel mean by saying that they will take their stones, timber, and soil, and just throw them into the water? Why on earth would you take the time after destroying a city to dump its remains into the ocean?

The Destruction of Tyre

So what eventually happened to Tyre? Watch this video from about 1:30 in, until about 5 minutes in.

In short, here’s the summary:

So, in other words, the bizarre prophecy that they would throw the city’s remains into the sea was fulfilled! It literally happened!

But there is more. Let’s look at Ezekiel 26 in more detail. We will see that not only did Ezekiel prophesy that the remains would be thrown into the sea, but he even prophesied that this would take place in two phases: first by Nebuchadnezzar (a contemporary of Ezekiel), and then later by an unnamed king.

Notice the pronouns in the passage — “he” vs “they.”

7 “For thus says the Lord God: Behold, I will bring against Tyre from the north Nebuchadnezzar king of Babylon, king of kings, with horses and chariots, and with horsemen and a host of many soldiers. 8 He will kill with the sword your daughters on the mainland. He will set up a siege wall against you and throw up a mound against you, and raise a roof of shields against you. 9 He will direct the shock of his battering rams against your walls, and with his axes he will break down your towers. 10 His horses will be so many that their dust will cover you. Your walls will shake at the noise of the horsemen and wagons and chariots, when he enters your gates as men enter a city that has been breached. 11 With the hoofs of his horses he will trample all your streets. He will kill your people with the sword, and your mighty pillars will fall to the ground. 12 THEY will plunder your riches and loot your merchandise. They will break down your walls and destroy your pleasant houses. Your stones and timber and soil they will cast into the midst of the waters.

Imagine you’re a contemporary of Ezekiel. “Why does Ezekiel switch between ‘he’ and ‘they’?” Well, the answer is clear, at least from our vantage point: “he” is referring to Nebuchadnezzar’s first attack on Tyre, in which Old Tyre (on the mainland) was destroyed. But he wasn’t the one to throw the stones into the sea. That would be someone else, which is why Ezekiel so abruptly switches from “he” to “they.” The “they” is referring to Alexander and his men.

Obviously, this wouldn’t be impressive if the prophecy came after the destruction of Tyre. So when did these things happen?

Feel free to look it up yourself, but from what I can tell, everyone agrees that Ezekiel lived somewhere around 550 BC, and they mostly agree that Ezekiel wrote his book. Of all the Old Testament prophets, they consider Ezekiel to be the most trustworthy.

What about the destruction of Tyre? Well, Nebuchadnezzer’s attack came shortly after Ezekiel, so it’s hard to tell for sure from our perspective whether or not Ezekiel truly prophesied that phase of Tyre’s destruction. But as far as Alexander is concerned, it is well established that this took place in 322 BC. So this is a clear example of the Bible foretelling an event in detail.